Once a year, at the end of the year, people from all over the world will return to their hometown to reunite with their families for the holidays. This is the biggest holiday of the year for Vietnam as well as other countries in East Asia such as China, Japan, etc. So what is the meaning of the Lunar New Year? Let's learn more useful information with Blearning through this article!

What is Lunar New Year? 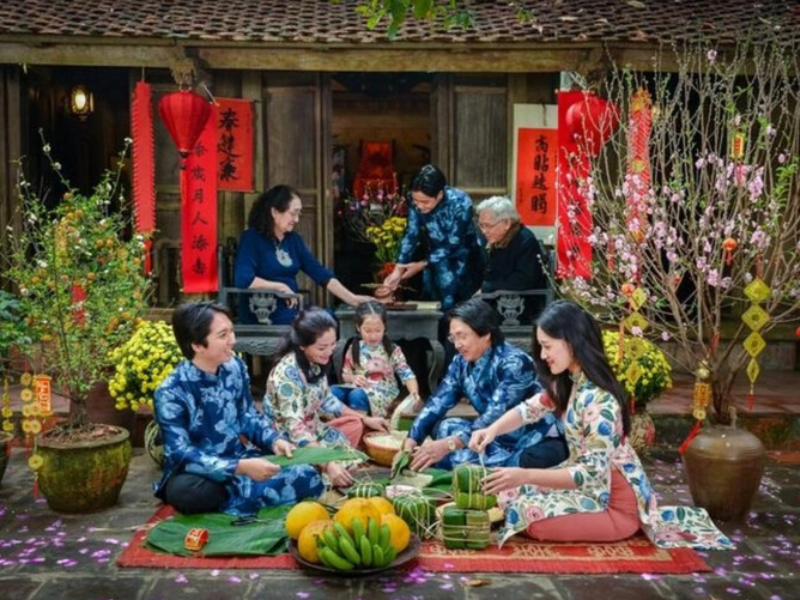 How is the time of the Lunar New Year calculated?

The Lunar New Year takes place at a time when farmers are idle, resting to prepare for the new crop. Because traditionally, most people in Vietnam are farming, so when you have free time, you will have an excited mentality, making up for the hard working days.

What is the origin of the Lunar New Year?

The origin of the Lunar New Year is still controversial today. Most information will assume that the Lunar New Year originated in China and was introduced to Vietnam at the time of 1000 years of Northern domination. However, according to the Vietnamese historical fairy tale "Banh chung and banh day", Vietnamese people have had this festival since the reign of King Hung, that is, before 1000 years of Northern domination.

According to Confucius wrote that "I don't know what Tet is, I heard somewhere that it is the name of a great festival of the Man people, they dance like crazy, drink and have fun on those days", from then on. It can also be inferred that the Lunar New Year originated in Vietnam.

Although there are many controversies surrounding the origin of the Lunar New Year, which originates from Vietnam or China, it can be seen that the Lunar New Year in each country has its own characteristics and this is an important holiday for the people. every countries.

What is the meaning of the traditional Tet holiday?

The Lunar New Year is considered a time to show the interference between heaven and earth, gods and humans. Tet in the Lunar New Year means that the weather (here represents the weather) will operate according to 4 seasons in the year Spring - Summer - Autumn - Winter, a cycle that ends and has special meaning for the ancient economy when mainly based on agriculture.

Lunar New Year is an occasion to pay respects to ancestors

It can be said that this is the most important occasion of the year when the descendants of the family will gather to prepare and offer the most solemn trays of rice and five-fruit trays to the ancestors' altars.

According to the ancient concept, on this holiday, ancestors will come home to celebrate Tet with their children and grandchildren and bless their families with better health and harmony. 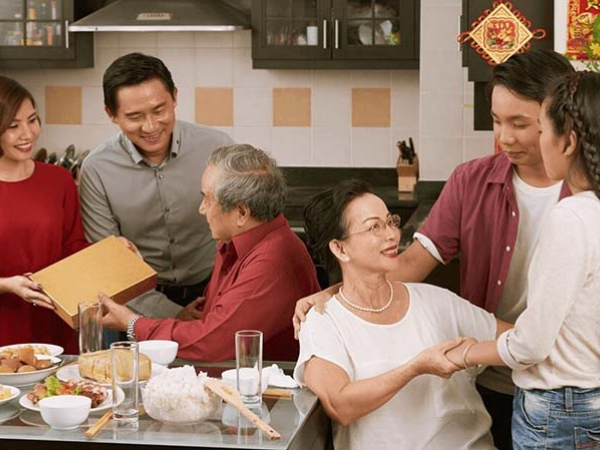 Lunar New Year is a day of luck and hope

The new year symbolizes a new beginning, so every New Year comes, people invite each other to go to the temple to pray for blessings and good luck for the coming year.

From ancient times until now, there has always been a notion that the arrival of the Lunar New Year will drive away the bad luck of the old year and welcome better hopes for the new year. Therefore, this is the time chosen by many people to start work for the year and a good time to start a business thanks to the luck of the new year.

Lunar New Year is a time for families to gather together

Not all families can be close to each other, so the Lunar New Year is the time when everyone in the family looks forward to being reunited with loved ones. Being together around a pot of banh chung on New Year's Eve is what everyone dreams of.

In addition, this is also a time for children and grandchildren to give thanks to grandparents and parents who have given birth and nurtured with the most sincere affection or simply with gifts for Tet. 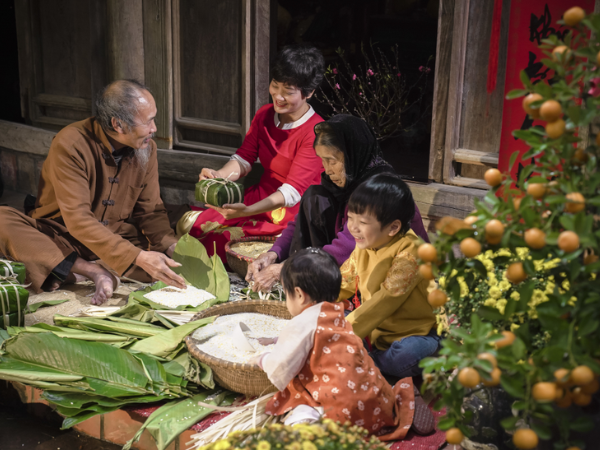 Since ancient times, Vietnamese people attach great importance to worshiping ancestors to pray for the family's blessings. This is also the most important holiday, according to folk beliefs, farmers will express their gratitude to the God of Rain, God of Earth, God of the Sun, etc., who have helped them in the past year.

"Add new age": This is a familiar saying of grandparents, parents, aunts and uncles when wishing each other New Year to celebrate one more age.

On this occasion, people will send each other best wishes, hoping for a better new year. Adults will celebrate the age of the elderly and children to wish them a long and healthy life, while the grandchildren will grow up quickly, obediently and study well.

Before the Lunar New Year, on December 23 every year. On this day, each family will clean the kitchen, then prepare a tray of fruits, salty foods and release a carp. This purpose is to prepare Kitchen Gods to go to heaven to report the happenings in the family over the past year to the court. 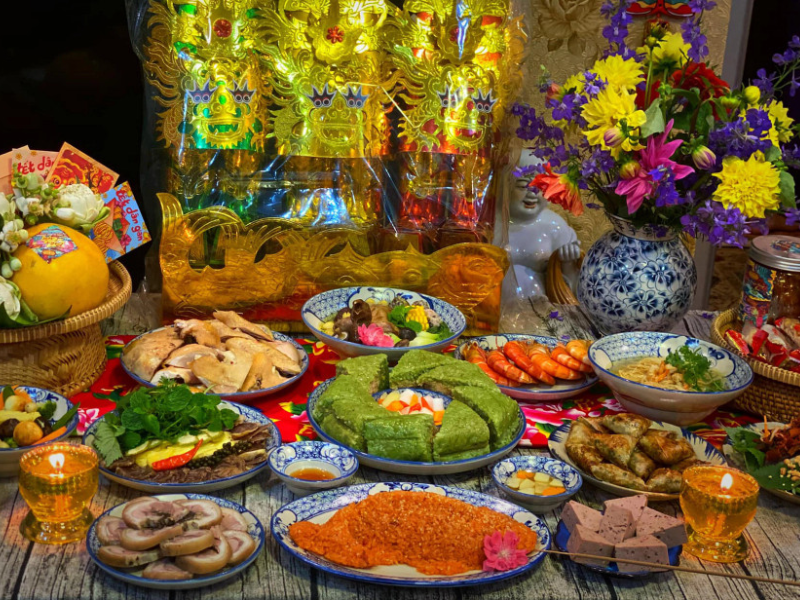 On the occasion of Tet to Spring, the shops in the market are full of stalls selling dong leaves, banana leaves, bamboo tubes to serve the work of wrapping cakes on Tet holiday. Because banh chung, banh tet are the two traditional cakes in the list of indispensable Tet dishes to offer to ancestors' altars or as Tet gifts for people or friends.

In some areas today, people still maintain the habit that before Tet, families in their clans, neighbors will gather together to wrap cakes, boil cakes and chat through the night. It is meaningful that the tradition of wrapping banh chung and banh tet on Tet holiday is still maintained and passed on to later generations until now.

For Vietnamese people, cleaning the house every year-end means removing the bad things of the old year and preparing to welcome luck and fortune for the new year. Therefore, this is also an opportunity for family members to clean up and refresh the items in their home.

In addition, to decorate their homes to welcome Tet, Vietnamese people also buy many kinds of Tet flowers with different colors and meanings such as daffodils, gerberas, chrysanthemums, etc.

A tray of five fruits to offer to the ancestors' altar is an indispensable feature in the Lunar New Year holiday, it shows the respect and gratitude of the descendants of the family to the superiors.

In each region, there will be different ways of arranging the five-fruit tray as well as different types of fruits. However, all of them have the common meaning of wishing for the new year to be luckier and more peaceful than the old year.

This is a custom that takes place on the days leading up to the Lunar New Year. On this day, the descendants of the family will gather at the graves of their ancestors to clean the grave as well as visit. This custom shows the respect and filial piety of the descendants to their parents, grandparents and deceased ancestors.

New Year's Eve offering is a long-standing tradition of the Vietnamese nation. This is an important ritual usually done on the 30th day of Tet to invite ancestors to celebrate Tet with their family. At the same time, it is a milestone marking the time when the old year is over to prepare for a happier and more prosperous new year.

After the New Year's Eve time to welcome the new year, the first person to enter the house will be the one to "xong dat" for the family. According to the concept from time immemorial, the person who "xong dat" should be the person who matches the owner's age to bring the family a favorable business year, good health and a harmonious family.

The arrival of the new year symbolizes that each person will be one year older, so that everyone will give each other best wishes to hope for a more successful new year. Usually, on the first day of the New Year, children and grandchildren will come to celebrate the age of grandparents, then the adults will give the children red envelopes for a lucky new year and better study. 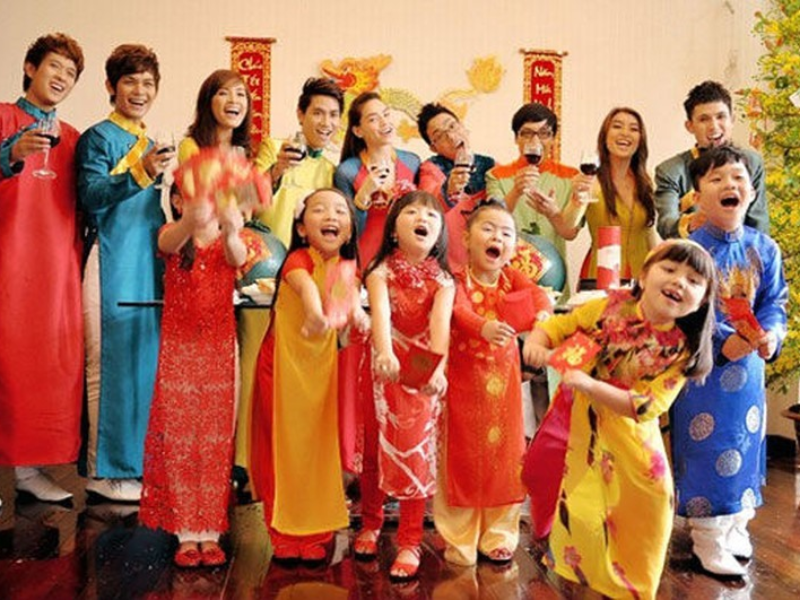